Get in Touch with us now! 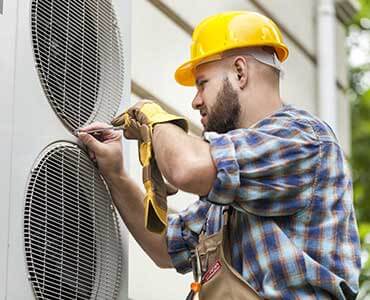 An inconvenient fact of air duct systems is that sometimes they can become a breeding ground for any number of unwanted visitors. While most good duct systems can mitigate the amount and level of contaminants that enter them, there are some stubborn offenders that will find their way into a duct system no matter what. Contaminants will invariably build up over time, especially if you’re not conducting regular duct cleaning in your home or office. If you have to think about the last time you had your ducts professionally cleaned, then yes, they aren’t being cleaned regularly enough!

Particles such as mould, bacteria and pet hair can accumulate for years. While this is a seemingly innocuous problem to have, it can become a very real issue if these contaminants continue to circulate throughout the building, polluting the air and diminishing your indoor air quality. Companies that conduct duct cleaning in Melbourne often aim to eradicate these substances with minimal fuss and disruptions. Before making a call to your local duct cleaning company, it can serve you well to know what you could be dealing with. This blog post will take a look at some of the most common contaminants found in air ducts.

This is arguably the most insidious contaminant found in air duct systems. Even the word itself paints an ugly picture, and the smell and texture is often enough to make even the least sensitive person retch. Mould will typically start breeding in air ducts where moisture has started accumulating. This could happen after a storm or due to a broken air duct component that’s allowing moist air to condense inside an air vent. While most types of mould aren’t particularly harmful, you could be unlucky and have a case of black mould on your hands. Black mould in air ducts can become hazardous to both you and your pets, so if you suspect black mould, it’s critical that you get in touch with a company that conducts duct cleaning in Melbourne as soon as possible. Thankfully, professional duct cleaning can take care of black mould as well as any other unsightly and gross mould that might be found in your air ducts.

You might be unfamiliar with the term ‘pet dander’. This term describes the tiny, almost microscopic hairs and dead skin cells that our pets shed. While you might love your pets, they sometimes unintentionally don’t love you back. This is because pet dander can easily clog up your duct system, and when your HVAC system is engaged, it will push these particles back into your home, making it impossible for you to not breathe them in. While everyone responds to breathing in pet dander differently, it can become an issue for those who suffer from allergies or sinus issues, dramatically exacerbating their conditions. Likewise, your own dead skin cells and hair particles are likely to start accumulating in your air ducts the longer they go without being cleaned. If you haven’t had your ducts cleaned for a long time, or if you have never had them cleaned at all, it’s likely that right now as you’re reading this you’re actually breathing in some mix of dead skin cells and hair from both yourself and your pet. Gross, right? The best way to clear the air of your home from any pet dander and dead skin particles is with professional duct cleaning, after which you can rest assured that you and your fur baby are only breathing in the cleanest air possible.

Another contaminant you need to worry about is the seemingly harmless particles known as dust mites. Dust accumulating in a home or workplace is inevitable, and while dust itself might not seem like cause for concern and may be just a mild inconvenience, it can become a big problem if it grows exponentially in one place. The place that you’re most likely to see dust mites accumulating is within the air duct system itself. Dust loves HVAC systems. One problem that accumulated dust can cause is that it instantly gets dispersed throughout the building once the HVAC system is engaged. This can cause allergy flare-ups as well as being a nuisance if you like a clean workplace or home. The more major issue dust mites can cause is that they can slow down your HVAC system and make it work harder than it should. This will inevitably lead to a system breakdown, which will cost you time and money.

Fortunately, a fast, easy and professional duct cleaning is all it takes in order to rid your duct system of these common contaminants. Call Mr Duct Cleaning today on 1300 673 828 so you can breathe easy.

Get a Quick Quote